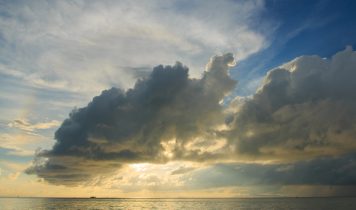 he largest nuclear disaster to date occurred in Chernobyl on April 26, 1986; 35 years later, meteorology has become an important part of crisis prevention. The establishment of an automatic Austrian weather measurement network with currently almost 300 stations was a direct consequence of this catastrophe. The applications of this weather data range from dispersion models in the event of incidents in nuclear power plants, through volcanic eruptions, to small-cell accidents and explosions. In this way, detailed information about the wind close to the ground and the precipitation can be obtained in order to be able to quickly estimate the spread of the radioactive cloud in the event of a nuclear accident, for example.

But not only “foresight” at a known source can be carried out, the ZAMG can locate the origin of a release 10 to 15 days back. For example, in the case of the very unusual concentrations of ruthenium measured in Europe in September 2017, the ZAMG was able to quickly identify the polluter area in the Urals through backward calculations.

DO WE NOW NEED METEOROLOGY FOR BUSINESS CRISES?

The answer is clearly YES! Your crisis team should always keep an eye on the weather. For example, when areas or locations are evacuated, in the event of fires or the release of equipment, the weather and weather forecast play an important role. You can find information here, for example: ZAMG weather hotline or directly on the website: https://www.zamg.ac.at