Is your company prepared for an emergency? 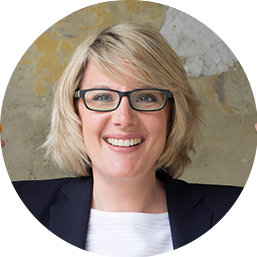 Katja Voigt is a journalist with a university degree, TV journalist and presenter and, for more than twenty years, she has been hosting congresses and panel discussions about politics, sports, medicine and science. As a presenter and reporter, she worked  for the German broadcasters ARD EinsPlus, RTL and Sport 1. She has been coaching CEOs, members of executive boards, entrepreneurs, professional speakers and media spokespersons in stage and media appearances. Voigt works for companies such as REWE, Infineon Technologies as well as many hidden champions and successful start-ups.

As a media and communication expert, she is a lecturer at the Universität der Bundeswehr München of the German armed forces and as a speaker, she motivates and inspires her audiences to set higher standards on themselves and their stage and media appearances. Her objective is to put an end to lengthy presentations, boring speeches and wordy meetings! Voigt lives with her family in Sonthofen in the German region of Oberallgäu.